The Emergency Response and Broadcast app allowing you to manage emergencies and optimise life safety through a one-touch workflow.

Headsup is the app that helps you make things right when things go wrong.

As Hendry’s resident digital designer, I was placed in charge of the UI design and was a key user experience contributor in the delivery team for our upcoming emergency response and broadcast app dubbed “Headsup”.

My involvement as the sole UI/X designer on the project consisted of research and competitor analyses, development of the information architecture, journey mapping, etc.

Initially, sketches and wireframes were drawn up, and a medium-fidelity prototype was pitched to enthusiastic stakeholders. When we received a positive outcome, development had kickstarted, and the app was in production.

Headsup is slated for a 2020 release on Android, with an iOS build also in the works. 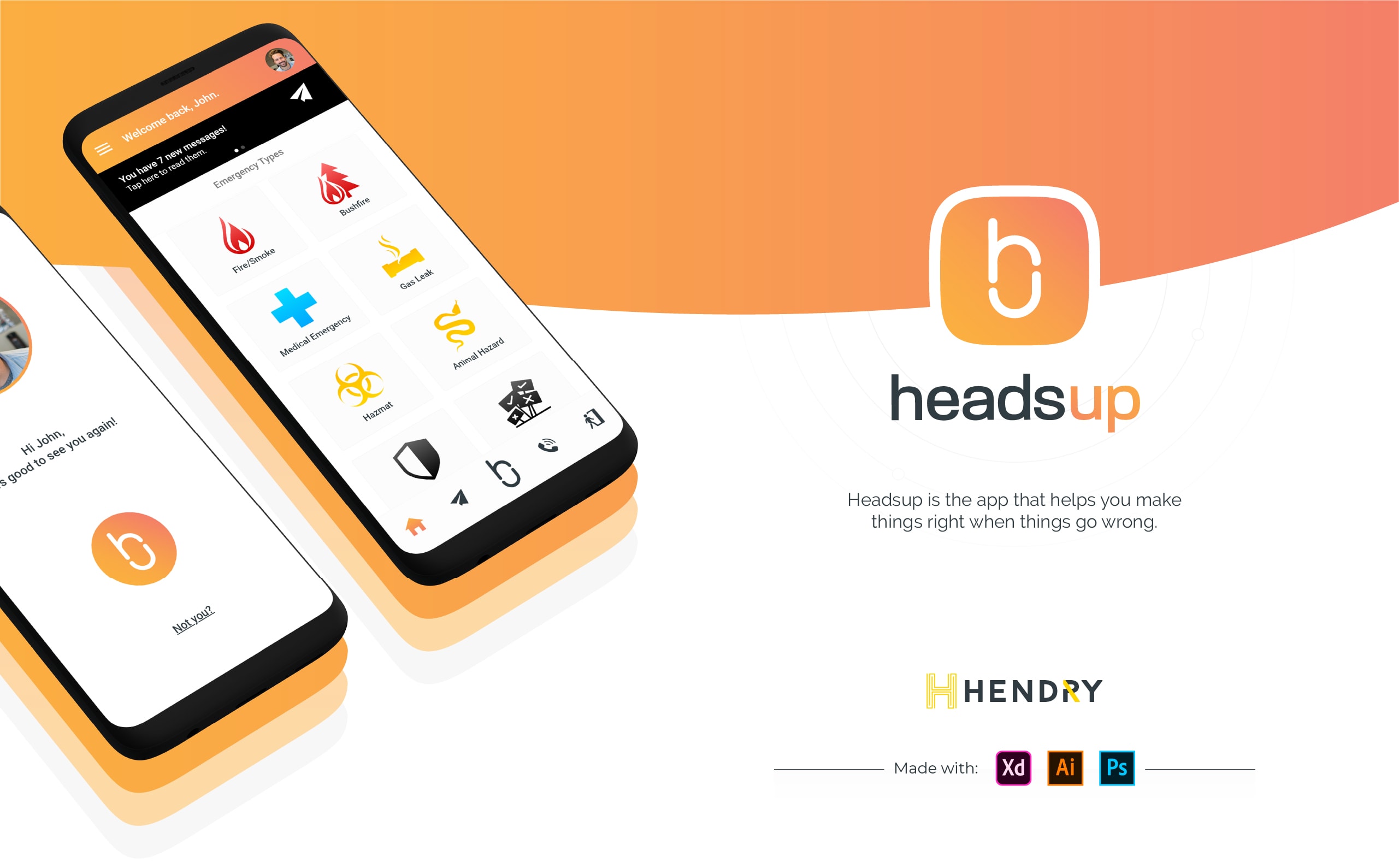 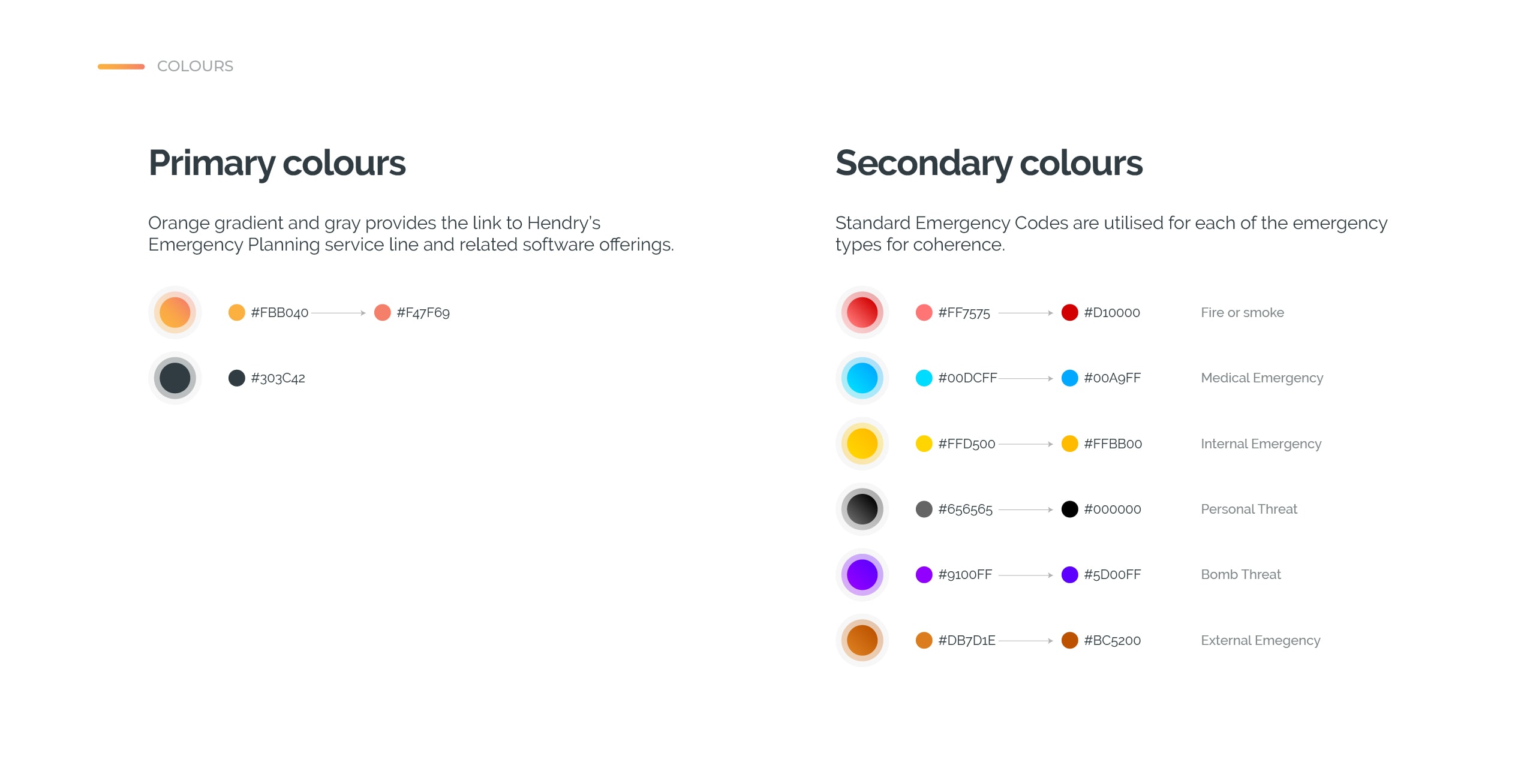 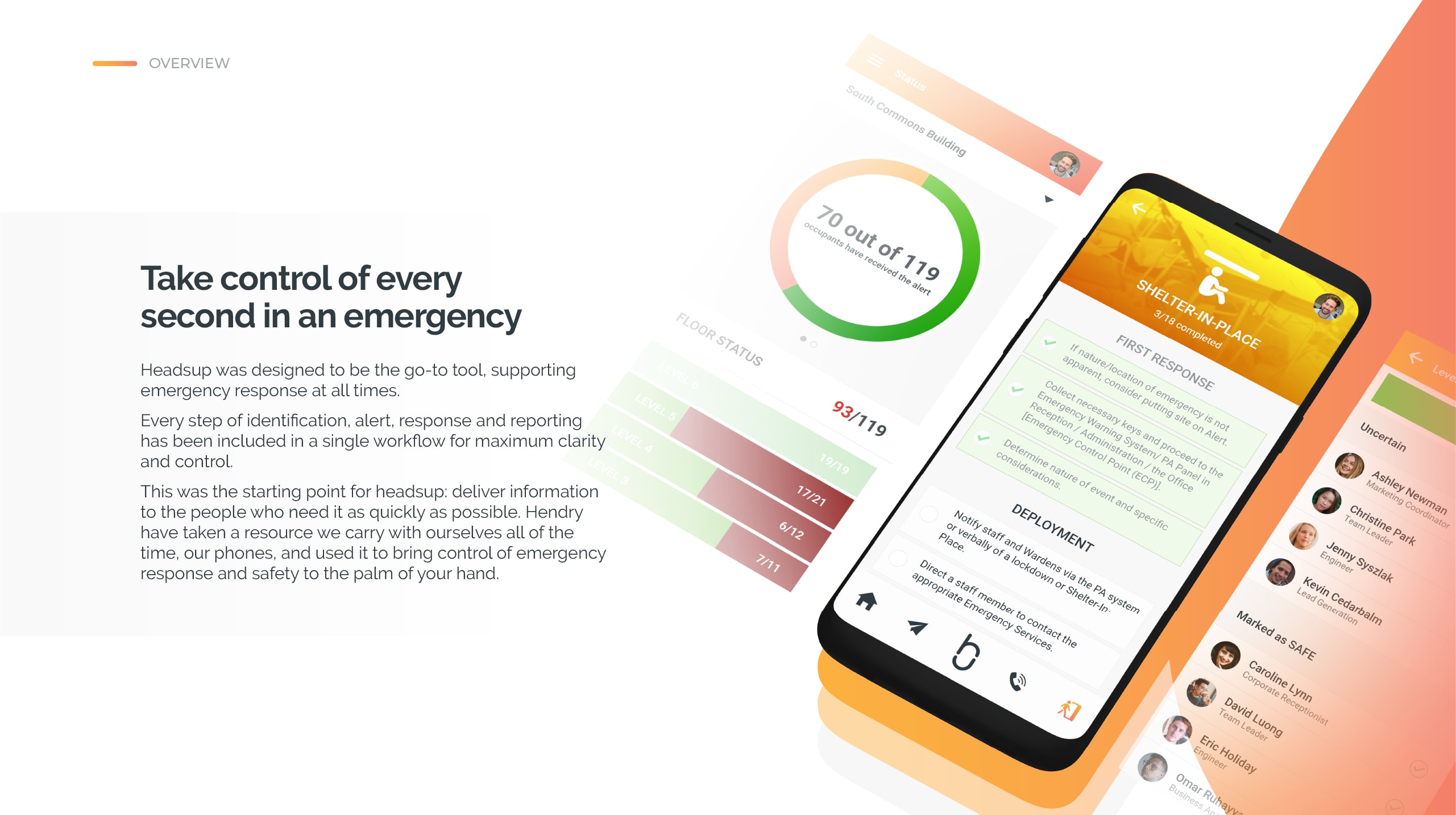 You've probably come here looking for a designer.
Even if you're not, I'm still interested in hearing what you have to say!
Shoot me a message

Learn more about
how I work
Subscribe to my newsletter!
Omelette.
HomeAboutProcessProjectsConnect
Resources
SmoliconsOxyBlocksGlossary
© 2021 Omelette.